You are here: Home » ForNAV
Description

ForNAV is all about making working with reports easy. Traditional reports printed on paper, PDF reports that can be saved and/or emailed, and PDF reports that are simply previewed on your screen. 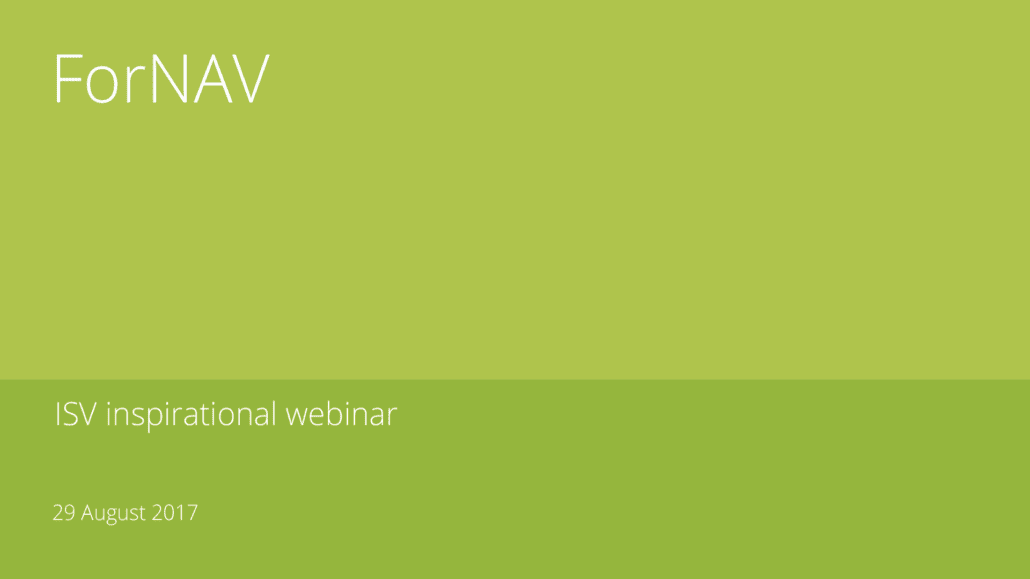 The conversion is done in three simple steps, which only take a few seconds:

Partners become more efficient using ForNAV. The sales cycle – especially for upgrade projects – is significantly decreased. So is the implementation phase, which means partners can serve more customers with fewer resources. Several partners tell us that, with ForNAV, they are moving reports from a “specialist” job back to all their consultants who are now able to maintain and build reports for the customers. This means increased consultant productivity, but also increased job satisfaction among the consultants. For many consultants, reporting used to be something that they would avoid at all costs. Partners tell us that with ForNAV they can do report development in less than half the time.

Customers get more value from their solution as they are now able to upgrade and benefit from their enhancement plan at a much more reasonable cost. Especially the cost of upgrading reports has been an obstacle in many upgrade projects because customers feel that they get no value from this. We have examples from customers with savings of up to 90% of the previously estimated cost for report upgrades. Customers also experience a much faster implementation of the upgrade project. For some reason, reports are always the last part of an upgrade project, and we have several examples where ForNAV has even saved an upgrade project. ForNAV also means significantly improved agility for modifying reports. Partners are now able to accommodate customers’ requests for modifying and building new reports much faster, and at a much more attractive price. And for advanced customers, they are even able to make small modifications of the reports for themselves. Finally, customers will benefit from an easier upgrade to the newest version of Dynamics NAV now and in the future. This is partly because ForNAV helps with upgrading the reports, and partly because ForNAV does not add any objects or any code to the NAV installation, so we are avoiding making future upgrades more complicated.

How can I help you?